Our Board of Directors

Director since 2013 Before retiring, Ms. Holmes served as Associate Dean for Government Relations and Outreach at Michigan State University. She also previously served as Director of the Plan Administration and Customer Services Bureau for the Medical Services Administration within the Michigan Department of Community Health. She resides in Boyne City with her husband, Steve.

Director since 2016 Mr. Hall is the Health Officer for the Central Michigan District Health Department. Prior, he served as the Interim Health Officer and Environmental Health Director for the Jackson County District Health Department. He earned his bachelor’s degree from Ferris State University and his master’s degree from Independence University, California College of Health Sciences. He resides in the central Michigan area with his wife and two daughters

Director since 2012 Ms. VanGills worked in public health for 37 years and is the former Health Officer for District Health Department #10. She was elected to the MCDC Board of Directors in 2012 and currently sits as a regular member. She has a bachelor’s degree from Central Michigan University in Public Health Education and a master’s degree in Organizational Communication from Western Michigan University.

Director since 2017 Jerry Messana became the Administrative Health Officer for the Marquette County Health Department (MCHD) in March 2015. He was previously an Administrator at MCHD. Jerry holds a Bachelor of Science degree in Business Administration-Accounting from Michigan Technological University and his Masters of Public Administration from Northern Michigan University. Jerry is currently enrolled at Michigan State University and is working towards a Graduate Certificate in Public Health.

Director since 2016 Dr. Meadows is currently the Senior Fellow and Advisor for The Kresge Foundation’s Health Team. Her professional experience includes serving as the Associate Dean for Public Health Practice and Clinical Professor—Health Management and Policy for the University of Michigan School of Public Health. She holds both a bachelor and master of science degree in nursing and a PhD in sociology from Wayne State University.

Director since 2016 Ronald has extensive experience in the areas of legislative and political/fundraising strategy. He also spent several years as the Director of Marketing & New Business with a Michigan-based, nationally recognized real estate operating company before going back to Lansing where he joined a multi-client lobbying firm. Today, he is part of the lobbying and public affairs firm Kandler Reed Khoury & Muchmore

Director since 2019 Ms. Moran has over thirty years of experience in health policy and program administration in both the public and private sectors. She retired from the Michigan Department of Health and Human Services in September 2018 where she served as the Director of the Population Health Administration. She previously served as the Director of the Medicaid Program Operations Bureau at the Michigan Department of Community Health. Ms. Moran holds a Bachelor of Science in Nursing and a Master of Public Health. She resides in Williamston Michigan with her husband.

Advisory Board and Partners 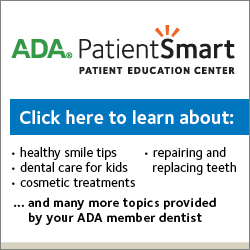 Safely reopening to give you the care you need

The safety of our patients and staff has been, and will continue to be, our number one priority.  MCDC will be reopening centers in phases based on several factors including the Governors reopening of business, availability of protective supplies and the implementation of staff training and new safety procedures.

We want to assure you that we are committed to providing full service dental care and are working on implementing safety measures to begin to reopen centers throughout the state.

See what we’re doing to ensure your safety as we reopen our offices.

In light of the recent outbreak of the Coronavirus, (COVID-19) our centers are taking additional precautions to protect our patients and staff.

In our ongoing effort to safeguard the health of our entire community during this challenging time, we are suspending all regularly scheduled, preventive and non-emergency/urgent care services at MCDC beginning on Tuesday, March 17th.

If you are experiencing swelling, bleeding or extreme pain, please call us! We will make the appropriate arrangements to see you.